This forum has been archived. Please start a new discussion on GitHub.

Anyone using react with icejs?

I'm experimenting a little with react (javascript frontend framework) and thought it'd be good exercise to get some simple proof of concept icejs + react apps going.

One of the popular ways to bootstrap a react app is with facebooks create-react-app project, which deals with a lot of the vagaries of dealing with node + webpack, so I thought I'd start from there.

To try to get going I've done the following ( I hope the below represents a minimal complete example, running on linux)

0/ Installed the project with sudo npm install -g create-react-app
1/ Created a basic application. with create-react-app my-app
2/ Added ice as a dependency in the package.json of the resulting project.

3/ In the projects src/App.js have attempted to import ice.

Webpack throws up a friendly stacktrace describing the problem that's occurred. At first blush it looks like some problem with bundling/imports. 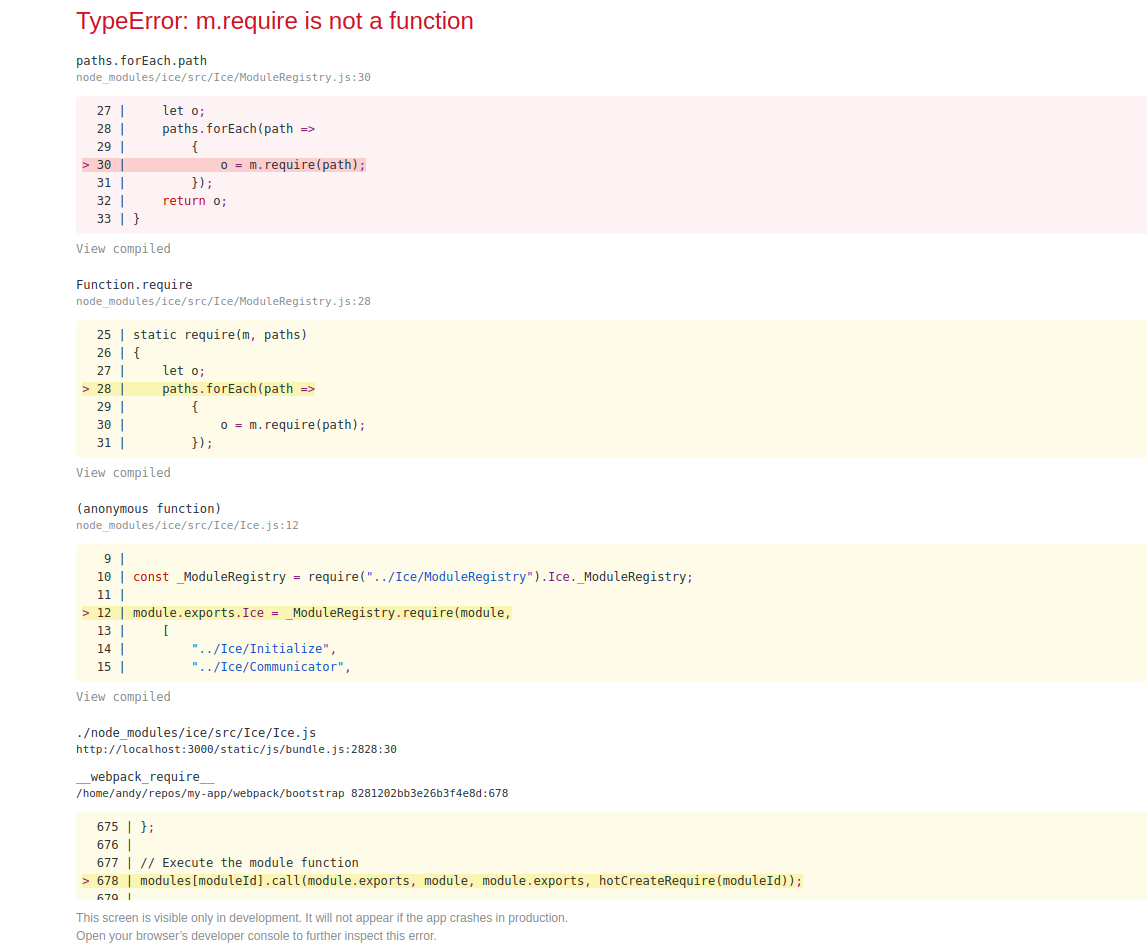 Also of note there are a few errors in the node console complaining about the use of require.

I'm just wondering if anyone has come across similar + if there's a workaround. React has become very popular so I think having Ice able to interact with it easily would be a big win. Have to admit my knowledge of bundlers on the js side is very minimal so I'm not really sure what the next steps for debugging would be :-(